Two-wheeler insurance is a mandatory document that every bike owner must have according to the motor act 1988. It safeguards your bike against all kinds of adverse events on the road.

Getting a Two wheeler insurance is a simple task, as there are many insurance aggregator sites like Fincover, where you can compare policies from different insurers and choose the one that suits your requirement.

There are two types of Bike Insurance that companies offer,

What Is Third-Party Bike Insurance?

Third-Party Bike Insurance is the primary insurance policy the insurers offer their clients. The policy covers the cost of damages incurred to a third party in an accident caused by the insured bike.

It covers all kinds of damages to the third party vehicle, including the death of a third party person, in an accident caused by your bike, along with all the financial obligations caused by legal liabilities.

Under a two-wheeler third-party insurance contract, the following roles are defined for each one.

Third-party two-wheeler insurance protects the first party against damages sustained to the third party vehicle or person due to their bike.

If the third-party vehicle is damaged in an accident involving your bike, then the insurance covers the damage cost and the financial liabilities resulting from the damage.

Moreover, if the third party sustains an accident, the insurance covers his medical expenses. Also, it covers the disability or death claims resulting from the injury to the third party person.

Following is the list of events not covered in the Third Party Insurance,

Own Damages: A third-party insurance cover does not cover damages to the bike of the policyholder

Driving without a License: You will not receive any assistance if you move your bike without a valid license.

Driving Under Influence: The Insurer will not extend their coverage if they find that you have been driving the vehicle under alcohol or drugs.

Wars: In the event of war or any other disputes involving arms and ammunition between countries, the insurer is not obliged to pay for the damages.

Why Buying a Home Insurance is Important? 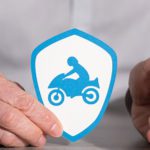